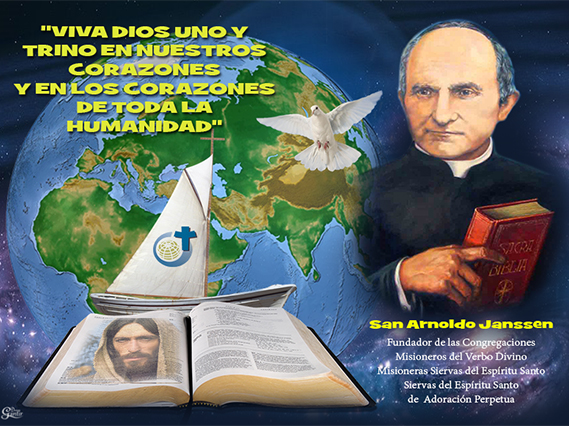 On November 16, 1965, a few days before the closure of the Council, more than 40 council fathers, representatives of different continents, celebrated the Eucharist in the catacombs of Domitila. They prayed to be “faithful to the spirit of Jesus” and at the end they signed what they called “the Pact of the Catacombs”, that consisted in inviting the “brothers in the episcopate” to carry on a “life of poverty” and be a church “servant and poor”, just like John XXIII desired.

The mass on January 15 is presided over by Cardinal Walter Kasper and takes place at 15:00 hours, in the chapel of the Domitilla Catacombs. Before the mass, there are a number of activities in the Divine Word College of Rome. Among others, the talk of the Superior General of the Divine Word Missionaries, Heinz Kulüke, about the Pact of the Catacombs and Arnold Janssen: its spiritual implication in the family of Arnold Janssen; reflection in small groups, and personal and collective prayer. After lunch, all present will walk (about an hour walk) to the Domitilla catacombs for the celebration of the Eucharist..