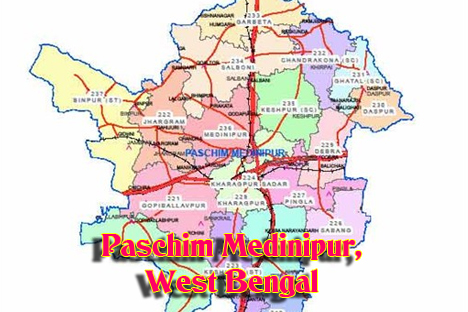 The INE Province made a futuristic move in its mission expansion in the year 2007 when it decided to take up primary evangelization work in the civil district of Paschim Medinipur, West Bengal, under the Archdiocese of Kolkata.

It is situated around 70 km away from the district headquarters and 175 km from the Archbishop’s House at Kolkatta. The area under our care covers three civil blocks adjoining the border of Odisha. The people belong to the tribal groups - Santhal, Koda, Lodha and other Bengali speaking groups. The Archdiocese handed over to the SVD one of its outstation mission centre with 70 catholic families with a small community centre as its functional base. Over the years this mission has flourished and at present we have 120 families in our pastoral care in 4 sub-stations.

The people here are migrants from the neighbouring states. Their ancestors came looking for livelihood in the industries that were being established in this area, besides rendering agricultural assistance in the fields of the local land lords. These migrants are landless labourers. The resultant poverty and its tentacles have left the community impoverished over the years. It did not take too long for the SVD missionaries to understand that lack of education was the major factor contributing to this sad state of affairs and keeping the people chained in a vicious circle. Hence the missionaries encouraged the people to send their wards to the local schools. This resulted in the establishment of a boarding – providing residential facilities to the children from the interior villages where the schools do not function. The remedial classes offered in the boarding assist the children to cope up with their studies and to move ahead in their life. This effort has turned out to be the major breakthrough and a tool of evangelization in this area. Fr. Petrus Kullu SVD, the head of our mission, makes all effort to build good relationship with all the Tribals.

At BEZDA mission, the focus of our ministry is mainly on the tribal people. Tribals have a strong community-feeling fostered by a number of social gatherings and cultural programs. On such occasion, both Christian tribals and other believers from the Tribes come together for the celebration. Participation of the SVD missionaries in such celebrations has made a lasting impact. They observe, ‘we have even offered our centre and its facilities for their programs. And that has given them an opportunity to come to know us. It gives them an altogether different feeling. Our involvement and social interaction is a means of evangelization to all the tribals’.

Participating in the life-struggles of people at the grass root is one to the harsh realities of life they face. Struggle for justice and for one’s rights is an essential part of life here. Through empowerment programs and assistance, the people are enabled to approach the government officials and claim their rights and benefits offered by various social upliftment schemes. Providing skill training has opened up some employment opportunities for the youth. So JPIC activities have become an essential part of the mission approach here.

All these ways of reaching out to the under privileged and people on the margins have been supplemented by an active pastoral approach. Regular village visits, catechesis and religious instruction are helping the small faith community to grow in their new found faith. Modern means of communication like screening of religious films is part of the catechetical programs. The newly initiated people are accompanied for a period of 2-3 years in their growth before they are officially inducted into the church through sacraments. One hopes the little strides that are being made in this new mission territory will turn out to be the corner stones of a vibrant and self-supporting church community in the future.