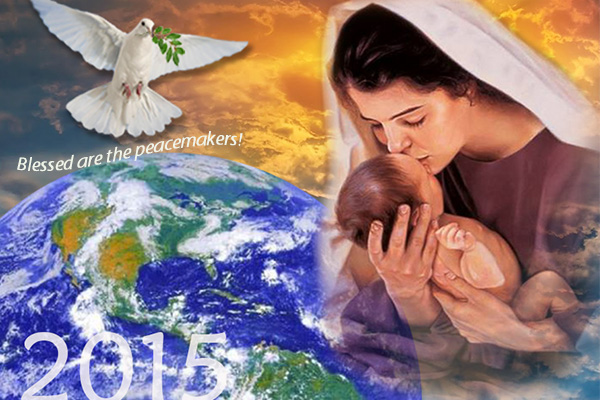 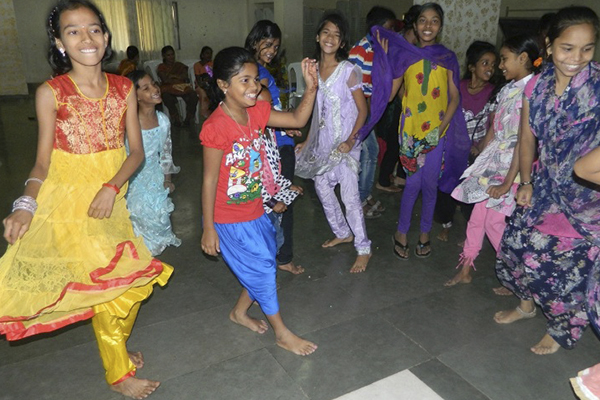 By: Fr. Mathews koratty, SVD.
Emmanuel, God with us. He is with us sharing our joys and pains…..
Sarva Seva Sangh, Mumbai organized a Christmas celebration with people living with HIV/AIDS along with their family members on 20th December 2004 at St. Arnold’s school hall, Andheri (E). Over a hundred people including their children gathered in the hall by 10 am. Mrs. Meera Barretto, Mrs. Sandra Cranston and team organized various fun games and entertained the gathering for nearly two hours. Everyone continued to enjoy dancing around for another thirty minutes or so until Fr. Mathew Korattiyil shared a short message of Christmas. Many SVD confreres walked in during the celebration to woo the people. Everyone went back home gladly with lots of gifts, lunch box and a supplementary nutrition kit. Many volunteers, St. Arnold’s school and the staff of Sarva Seva Sangh contributed generously towards the success of the celebration with these people who are often excluded by the society. 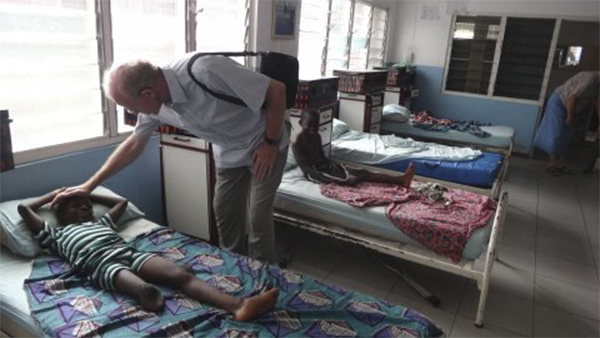 Dear Confreres,
Christmas brings back to mind a known phrase of Arnold Janssen, “Because God became a human being, all roads lead to God always via the human being.” 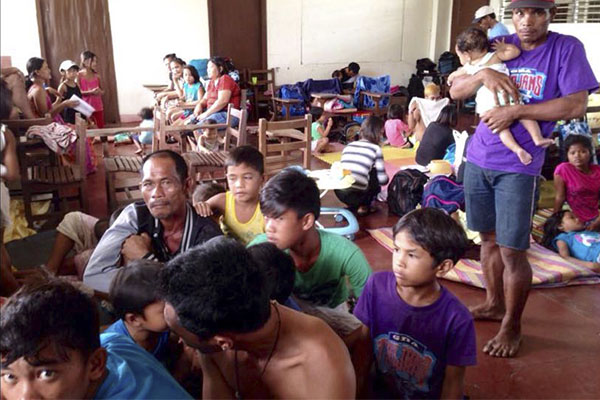 By: Ganie Ehido, SVD.
Typhoon Ruby (Hagupit) had crossed the Philippines and fortunately the feared scenario did not happen. At one point, it was reported the typhoon wind speed reached 350 kms per hour, very similar to “Haiyan” but it turned out to be false. Our confreres in Tacloban, in their report, gave a good picture the aftermath of the typhoon Ruby (Hagupit). They said our school building in Tacloban was utilized as evacuation center for around 250 families. The Missionaries of Charity (Mother Theresa Sisters) and their clients sought shelter into our building. One of the children under their care died of cold temperature. The evacuees were given rice and canned goods by the Holy Spirit Sisters. Electricity went out, but promised to restore in a few days’ time. The school now is using a generator which SVD hospital lent.

The typhoon did not come as strong as Haiyan, nevertheless, the winds were powerful enough and moved out very slowly. As a result, our school chapel building was unroofed, including the newly rebuilt walk way near the entrance of the school. At the hospital, some parts were destroyed again. A portion of a wall fell down. Flooding was reported that made moving around temporarily difficult. Fallen trees were numerous. Foods were needed but I guess, by now the general situation is already stable.

As we are still validating some areas where our housing projects were implemented, we can estimate that those houses exposed near the sea or perched on elevated places, could have suffered damages again.

There were no reported massive destruction, numerous deaths or storm surge but it is imagined there were re-traumatizing effect from the rushing winds or surging flood water. Eastern Samar which was worst hit reported thousands of evacuation efforts and damages to houses, infrastructures and farms.

Thanks for the lesson learned from previous calamity, the people and the government are now better prepared. Some government agencies organized distribution of relief materials and food.

Any intervention on our part could very well be collaborated with NGOS and church organizations close to affected areas. In the meantime, we continue to implement unfinished projects intended for “Haiyan” victims – such as housing projects, schools repairs and livelihood programs.

Thank you for prayers!