Jesus said, “Let the little children come to me, and do not stop them; for it is to such as these that the kingdom of heaven belongs.” Kids from KinderGardens in slums run by Sarva Seva Sangh, Mumbai gathered at St. Arnold’s Hall, Andheri (E) on Saturday 5th December 2015.

Children's Day was celebrated at Janvikas, Indore (INC-India) with the children from the Bridge Course Centers (Non-Formal Education centres for the working and drop out children) situated in different slums of Indore city. Around 150 children gathered for the celebration. Ms. Seema Virang, Councillor, Indore Municipal Corporation was the Chief Guest and Fr. Nicholas Martis, Rector, Catholic Ashram Palda was the Guest of Honour.

The Association of the “Inhabitants of Pequia” (ACMP) is celebrating a historic event because their complaints have found an audience in the Inter-American Commission on Human Rights (CIDH – Washington, EUA, on 20th October 2015).

With the concern about the promotion of harmonious and integral development of the children, ORPER has made of the Holiday Camp, one of its most important activities of psychological accompaniment. Since 2010, it is organized by our department of the educational animation, in ORPER’s educational farm. 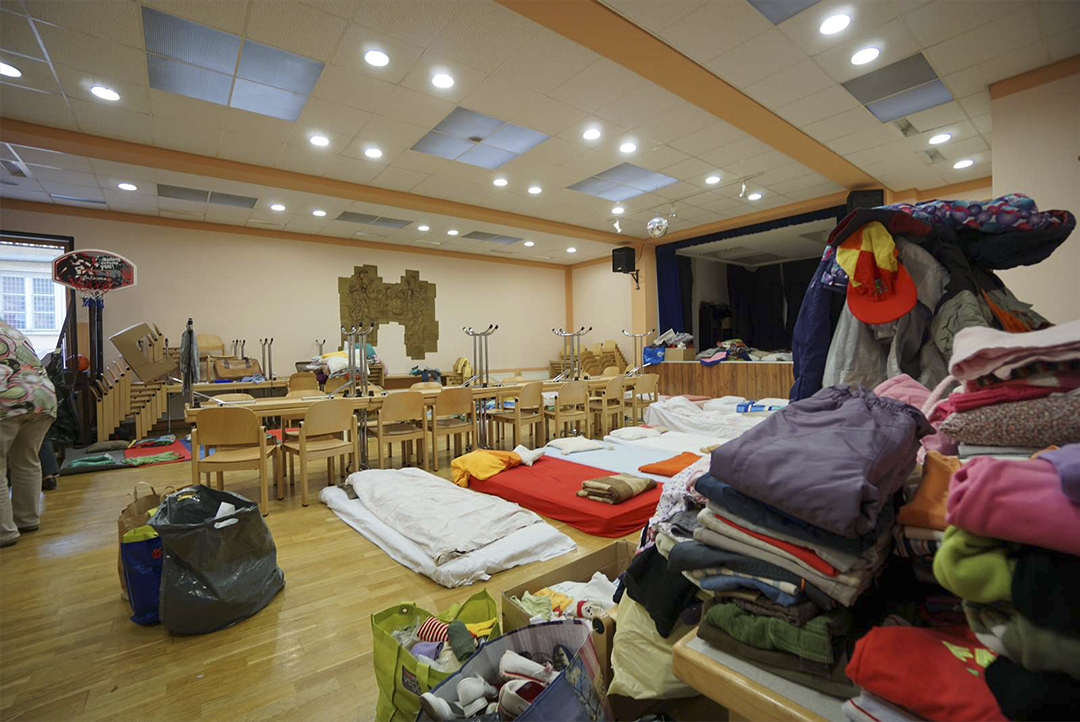 There were so many refugees sitting on benches, floor, outside the station at the Vienna Central Station. Literally, the station was flooded with refugee people. At that time, most of refugees arriving at Vienna station do not remain in Austria, but proceed to Germany or other northern countries next morning. An SVD parish, Pfarre zum Göttlichen Wort, which is located near the station, has been helping those people and I could see a part of their activity on 14th September, 2015.

It was a memorable day in the lives of waste pickers who are working in the dumping ground as it was for the first time they got an opportunity to celebrate the Independence Day by hoisting the national flag, singing the national anthem and shouting patriotic slogans on top of their voice "Vande Mataram, Bharat Mata Ki Jay, Hum Sab Ek Hai. etc.,

This morning during the prayer of the angelus, Catholics, associations, people of different religions, religious and priests marched to St. Peter's Square under the banner "One Earth, one family." The march begins near the French embassy to remind people of a key U.N. climate change conference in Paris in December.

Jesuit Refugee Services: Workers in the midst of dangers

According to UNHCR, there are more than 50 million refugees around the world, half of which are women and children.

Open-pit megamines, deforestation, eviction of families and whole communities. Indigenous peoples and traditional communities threatened by those interested in mining their territories. Pollution of the water, the land, and the air.

Mining transportation channels impact hundreds of communities living along the pipelines or railways that export the vast majority of our minerals.

Fr. Joseph Dillon SVD, our Irish confrere, has worked in several parishes. He recently moved to the parish of Saint Mark in Sao Paulo. Since the beginning of the pandemic, Joseph sees the evolution and progress of this catastrophic event as a challenge. He describes here some of his observations and reflections.

Fr. Joseph recalls the celebration of Palm Sunday in the parish. The Churches were empty, and only one mass was celebrated. On top of that, there was no procession of palms, just a virtual one. The restrictions are justifiable, and the death rate has risen to 3000 a day in Brazil. Then Fr. Joseph begins to express his dissatisfaction with how the pandemic is being handled. Lockdown was never practiced in more than one city. At the start of the pandemic, the President would not accept the necessity of buying vaccines and closing the commercial side of life.

The lack of vaccines holds up the vaccination rate. Brazil, before this government, was a country renowned for its campaigns on vaccination. It's lamentable that we have sunk to such a low category in less than two years because of the president's incompetence and his ministers. Then Fr. Joseph expressed his frustration and concern on some parties and clandestine funk dances. The police cannot go to certain areas because of the danger of deaths that may occur. The only way that the police can stop funk dances, which happen in the streets, is to get there before the crowds arrive. The leaders of these funk dances organized their events through social media.

Of course, at these dances, like the ones held at Paraisopolis, there are no restrictions, no mask or alcohol gel. The young participants drink and take drugs. These funk dances start from 2:00 a.m. aided by a deafening music.
Fr. Joseph, amid the negative situations, shares a hopeful action, “In the parish where I worked, a group of people in one of the communities meets every week to produce 280 dinners for the poor. With so many mouths to feed, the problems are only starting.” Fr. Joseph adds, “We can't go back to everyday living. I have seen so much generosity in the Church groups led by ordinary simple people. They are considered heroes by the way they help their fellow men in the face of challenges. Life is too short; I need another 20 years to start to do something worthwhile for others.”

Adopted from the sharing of Fr. Joseph Dillon, SVD

Read the statement from the participants of the Vivat annual meeting

In the new normal after COVID-19, the Christian community has found a new normal of spreading bliss and devotion. In first such initiative, two brothers - Father John Paul and Father Norbert Herman have launched a youtube channel ‘The Hermans’ where they are posting one self-composed devotional song every day. They already have a collection of 400 self-composed devotional songs, which will be posted on the channel in the coming days.

Recommended video: Please, do not miss it.

Christian Tauchner speaks about Covid-19 and SVD Mission. Please listen to the intervieuw. 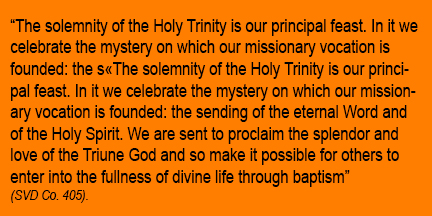 Every day, Christians all around the world proclaim that God is Father, Son and Holy Spirit. Every time we make the sign of the cross we are blessing ourselves or blessing others in the name of the Holy Trinity. 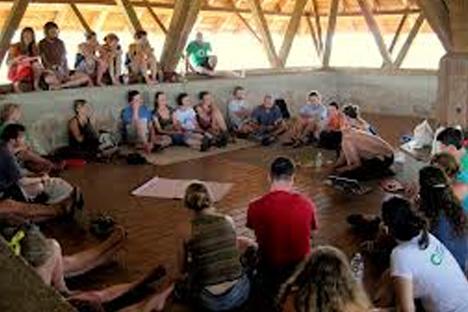 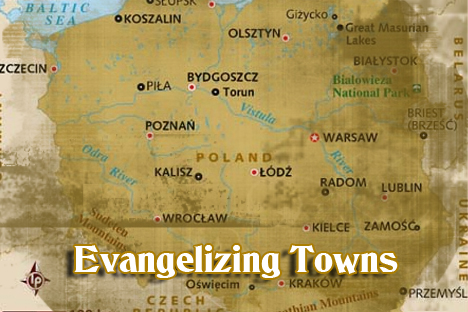 At our parish in Nysa we have a group of 50 people who are involved in New Evangelization. They are well prepared for this work. Most of them finished special courses organized by various Schools of New Evangelization in Poland or abroad. 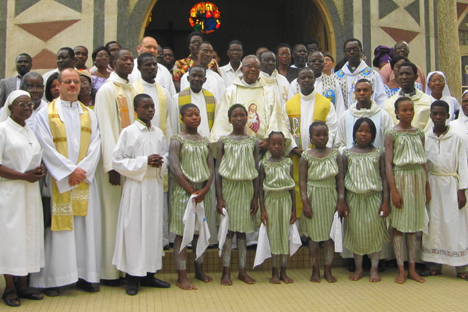 The catechists have been indeed a great support to the Church in the evangelization of the people. They accompany more closely the life of the communities, especially, where the priest cannot be present continuously.

In whole state of Arkansas in United States, there are only three predominantly African American Catholic Parishes and I am the pastor of two of the three: Saint Augustine in the city of North Little Rock and Saint Bartholomew in Little Rock. In addition to my responsibility as a pastor of these two Parishes, I am also a teacher of the Bible in a Catholic High School: Mount Saint Mary in Little Rock, Arkansas.

As in many other countries, liturgical assemblies at the end of September 2020 in Slovakia were signed by the limitations of prevention against the spread of covid-19. However, it did not prevent us from celebrating the conclusion of the Year of the Word of God.