Shankarwadi is a settlement near Pump House, Andheri East, Mumbai. Most people living in this settlement are ‘Bhangis’ known as scheduled castes of the schedule caste, who work mainly as scavengers in Municipalities.

Sarva Seva Sangh, Mumbai began working among these people in the middle of November 2014 by starting a balvadi (Kinder Garden). It was observed during the past two months that even though there is a primary school nearby, many children do not attend school regularly. Therefore, a street play was organized on fourth February 2015 to make the people aware of the importance of education with the help of the teachers of balvadies run by Sarva Seva Sangh in various slums. Several residents, especially women gathered around to watch and be inspired. 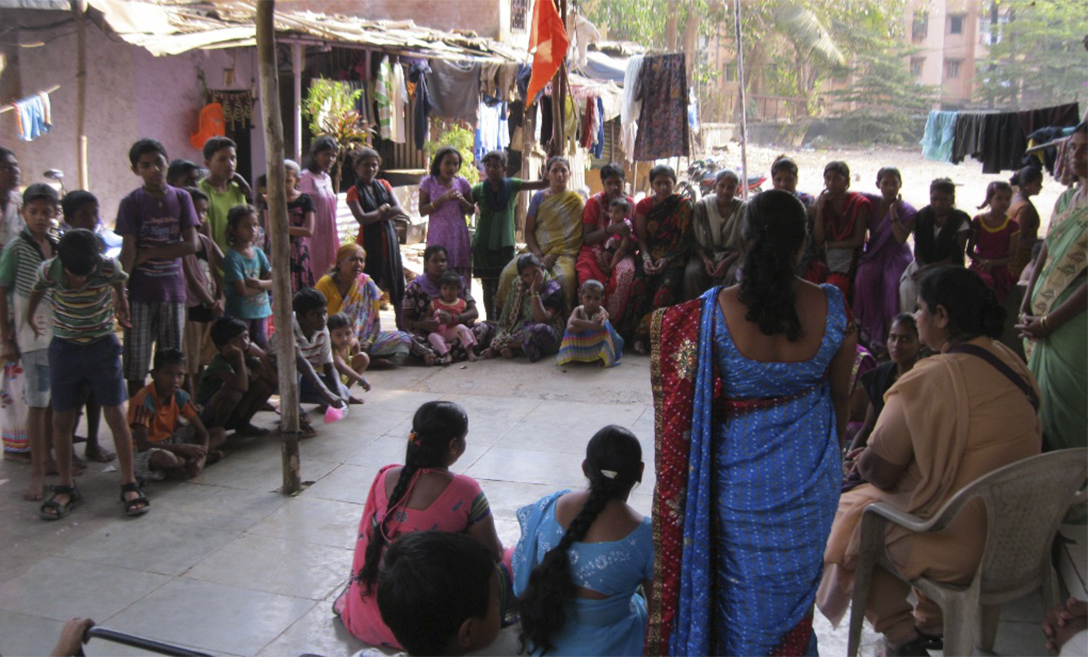