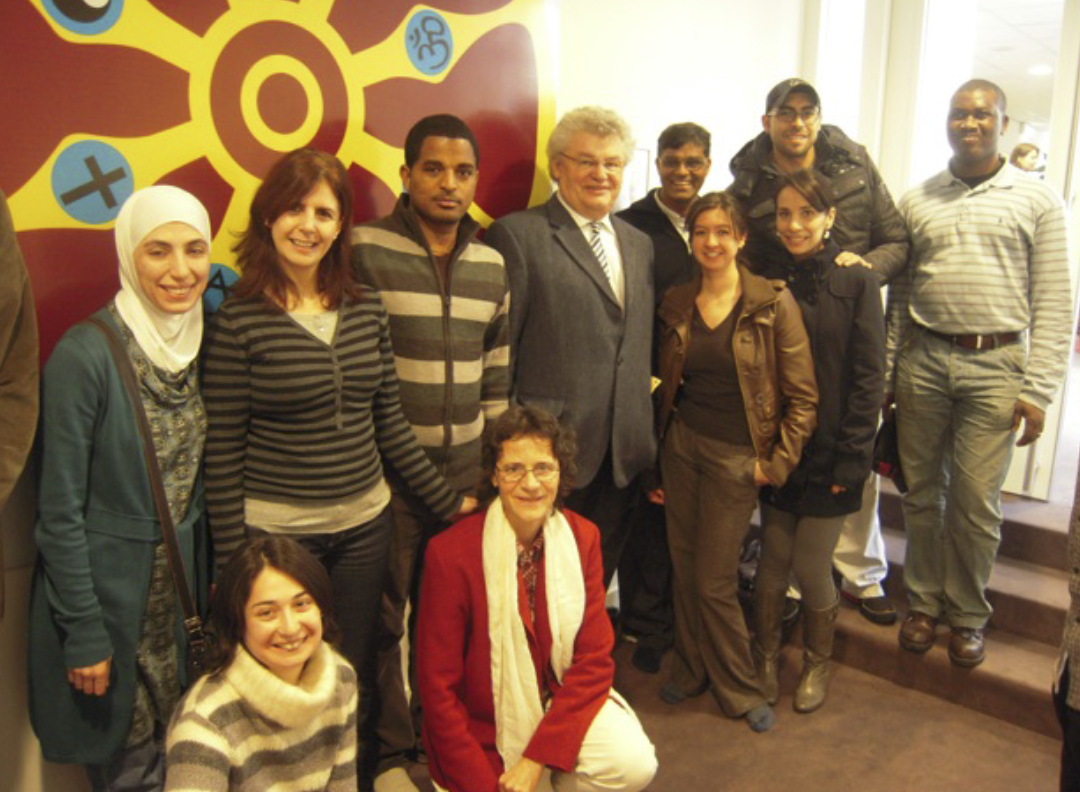 On Saturday 10th August 2014, a group of 21 international students together with Father Avin visited the Parish of Adreas-Peter and Paul located in Maasluis West. This parish is one of the churches that father Avin is the overseeing priest. The students travelled to Schiedam where they were joined by father Avin and later proceeded to Maasluis West.

The team was welcomed at the church grounds where they shared coffee and were introduced to their families of the day. Later on, a prayer was made before the team proceeded to tour the wind mill located in the town of Maasluis. This was a unique privilege to the student whom had never seen a wind mill from the inside. The group appreciated the Dutch technology and their relation to wind mills. Some were awed by the fact that the wind mill which was constructed in 1690 was still in place and in a good structural condition.

When the tour of the wind mill was completed, the students and their families of the day were free to follow their individual programs be it tours of the city or a stay at the host's home. The team was to convene at the church grounds at 19.30 hrs where each person narrated their experience. The joy on the faces of the participants was indicative of the well spent day. Some students narrated that the weekend out was among their best and well spent weekends in Holland. During the visit, the students and their host got to talk and share about their ways of living, customs and values. Most students reported that the notion that the Dutch are cold people was shattered by their host's openness, warmth and love.

In addition, the group visited many unique icons of Maasluis from the Maeslant barrier, flower auction, green houses wind mills and having an aerial view of the cities of Rotterdam, Delft and Den Haag from the top of a tall storey building. Moreover, the students were treated to typical Dutch cuisines. This enabled the students to appreciate the Dutch culture more. To quote one participant: "I usually thought Dutch food was sandwich, sandwich and more sandwiches. I now know that the Dutch can cook great food". The expertise of the "chefs" of the day was echoed by many students.

The hosts and their visitors appreciated the initiative taken by father Avin and the chaplaincy at large to bring forth the event. The participants expressed having had a wonderful day and meeting wonderful people. The love and the bond formed were evident to all as the new friends wanted to spend more time together. The long hugs exchanged when bidding each other farewell said much about the newly found friendship.

Notwithstanding this program being held for the first time, it can be confirmed that the meeting was a foundation of permanent friendship. Students felt at home and got to meet wonderful people who not only were their hosts but a family. Such programs should be put in place again for the host to meet the many students who visit the Netherlands, to build a bond and to get to appreciate each other's unique values and traditions.

SOME OF THE EXPERIENCES

"Visiting Dutch family at Maassluis, was one of the memorable day ever made in the Netherlands. Taking into consideration the warm and friendly welcome received in the family of Heinz (A family where you feel comfortable and free to do and ask everything you want). Thanks for the visit in Future lands/ Rotterdam. I liked it and it was also an added value to my knowledge. Thanks for the challenging idea from Heinz. Thanks to his wife for organising everything on that day. In addition to that, thanks for the explanation on the Dutch culture. It was nice to be also with the whole community of Maassluis with their beautiful Church and organisation. God bless you.”

"There is an English saying which says "Charity begins at home". I would rewrite it as "Organisation and discipline begins at home" after visiting your houses. People always say that orderliness and discipline is some kind of regimental behaviour that has to be instilled through fear for authority or punishment as they do in the Army. I understand now that it is a wrong perception. Orderliness and discipline can be ingrained into a child by giving the child an environment that is very well organised and where every action and everything has a purpose. This is the lesson that the world has to learn from you. I have been away from my home for most of my life and I love to be at a home now and then where ever I go. In my language Tamil there is a saying which can be translated as "You come to appreciate the coolness of the shade of a tree only when you are walking below a hot sun". I do appreciate the value of family and home as I have been living in independent studios and student accommodation for years together. Families like you are the towering light houses on the beach which reminds people like me about the value of family and home who are otherwise wandering always in the ocean of life in search of money or pride or position or dignity".

"The visit to Maasluis Christian community was a valuable experience for me. As Jesus Christ said "the world will recognize you from your love for each other", 09th August 2014, has been a real feeling of love crowned with great hospitality from brothers and sisters of Maasluis. Thank you to all of you who organised that event, thanks to the Dutch families especially Yvonne and Francesca you made our day!! 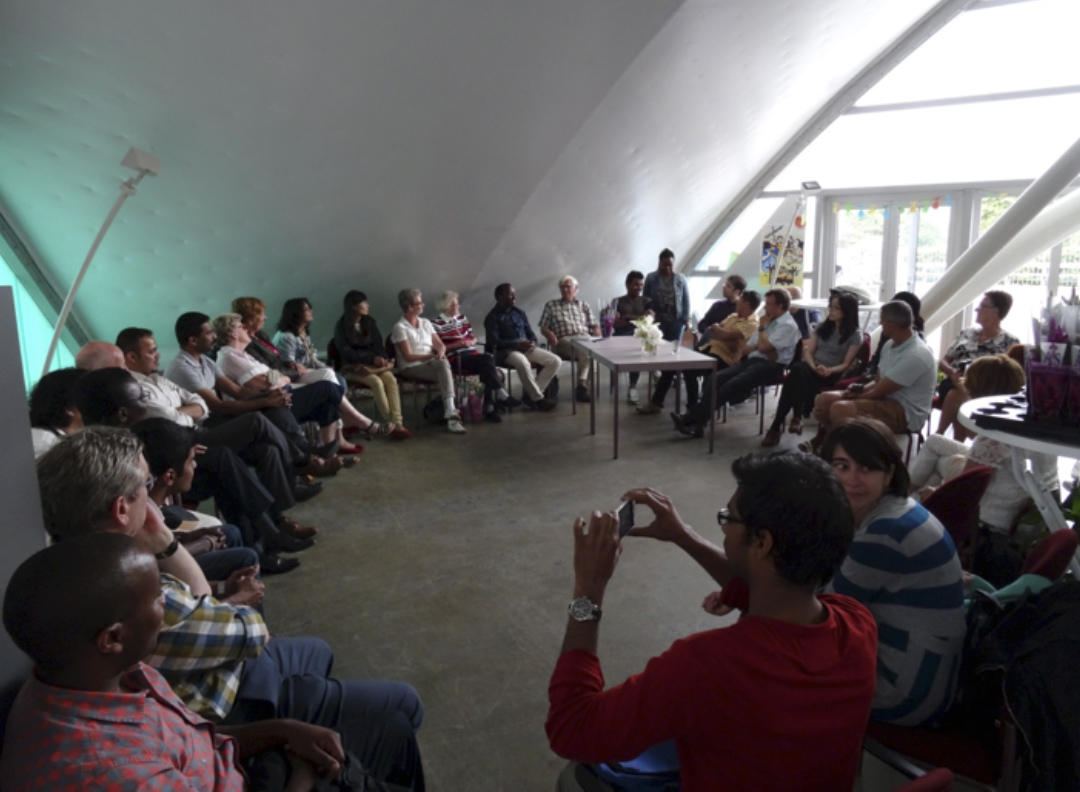 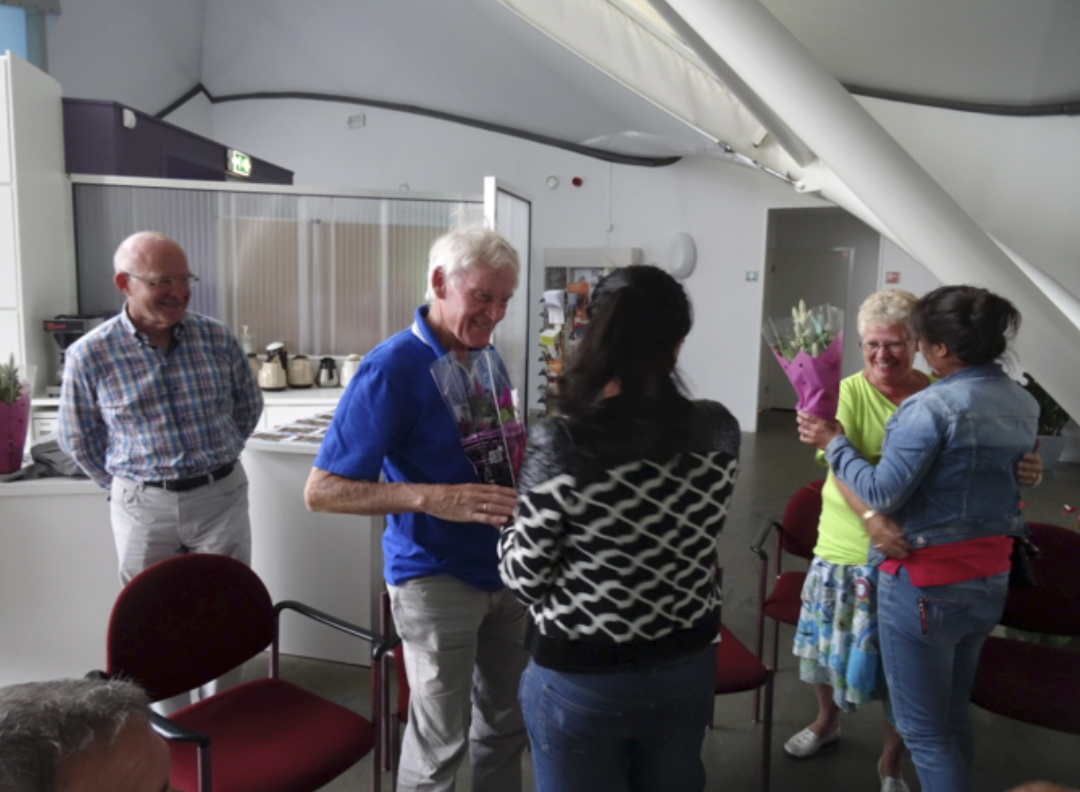 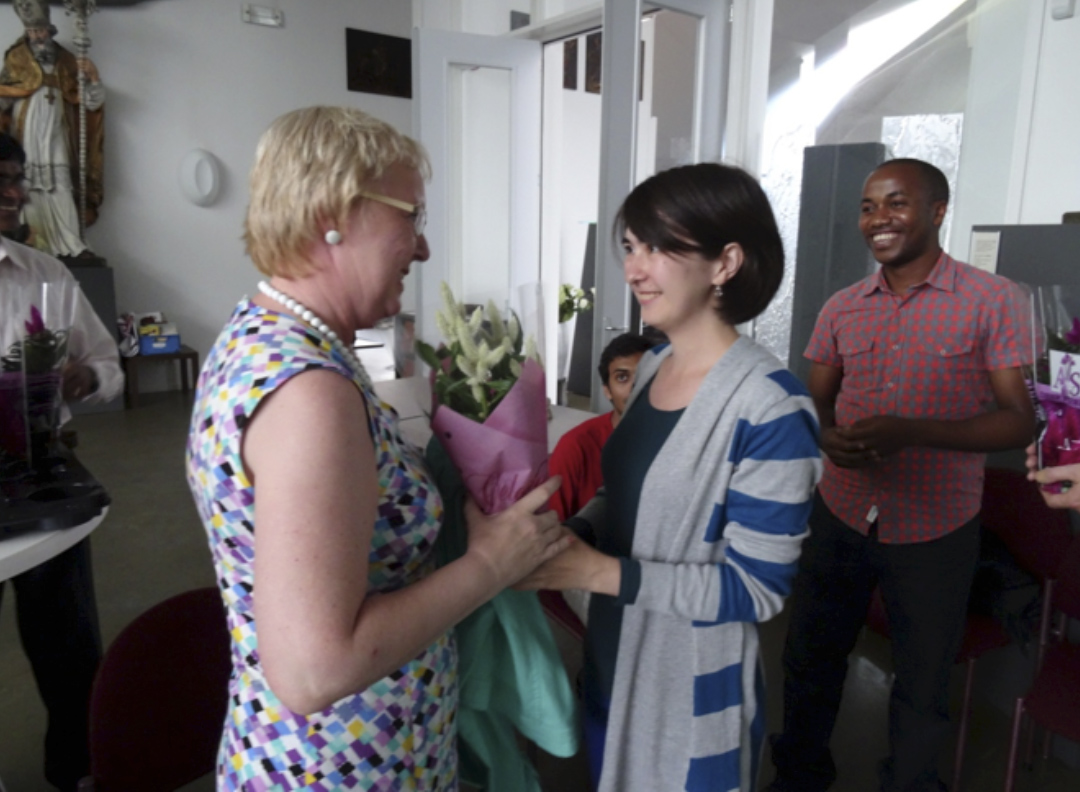 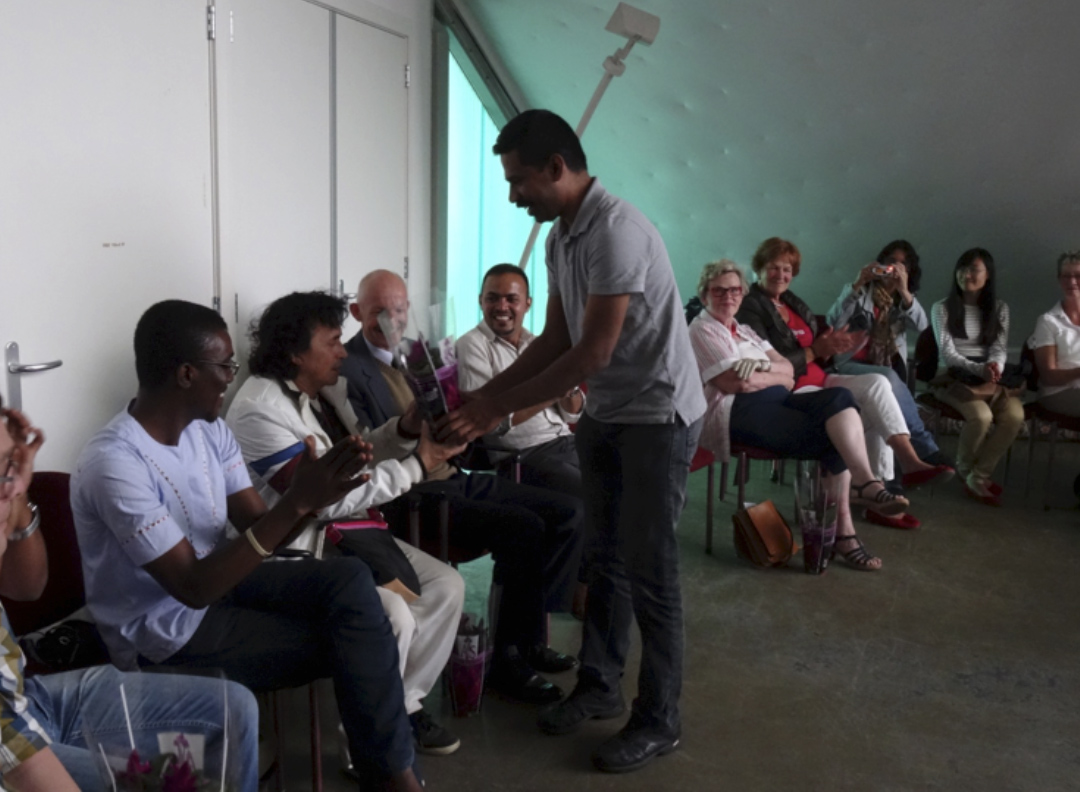 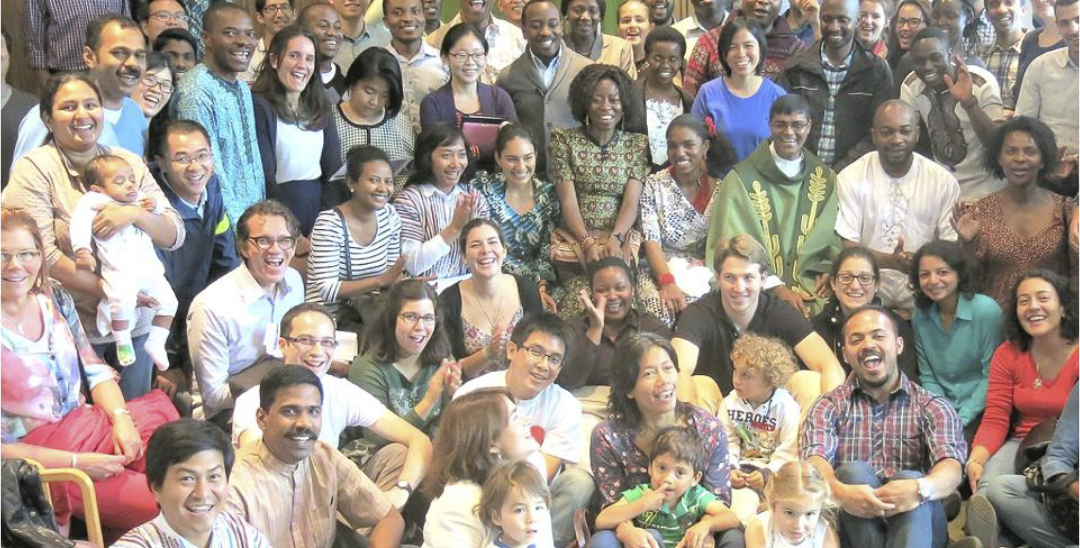